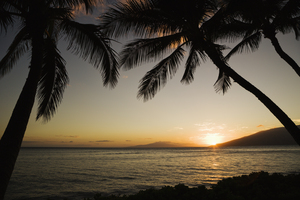 In our series on Gottman's Four Horsemen of the Apocolapse (or The Four Deadly Marriage Killers), the fourth horseman is stonewalling. Liz and Barry went on a one week cruise to the Caribbean. Their much-needed vacation had been in the works for some time. Both got caught up in the tourist experience for a few days, and then Liz got on him for staring at the waitress and Barry went quiet. He was sick of the accusations. He was sick of Liz and sorry he’s ever agreed to this vacation. Barry’s body language and facial expression shouted anger, but he would not say anything. He became emotionally distant from Liz. When Liz tried to talk with him, he withdrew even more. A couple of times when she was initiating a conversation, he just turned his back and walked out of their hotel room. Barry was stonewalling. The only possible way of salvaging their vacation together would have been clearing the air through discussion. Liz wanted to hear what was bothering Barry, so they could continue their holiday. He refused to cooperate. Both were wishing they had never gone on vacation. Their holiday was ruined. Stonewalling.

Different from an occasional timeout to calm down or collect our thoughts, stonewalling is absolute refusal to engage or in a conflict, refusing to consider our partner’s perspective. If we listen at all, we do it dismissively or contemptuously. It’s shutting ourselves off from the one we should love the most and it’s dangerous. It’s dangerous because it may seem like you’re the peacemaker when you leave the room without throwing a fit like you used to do, but what’s happening inside is that slowly over time, with the continuation of this habit, communication diminishes and contempt sets in. And let’s not forget that according to Gottman, contempt is the single greatest predictor of divorce.

When spoken the common lines of a stonewaller are:

Stonewalling. Have you done it? I have.