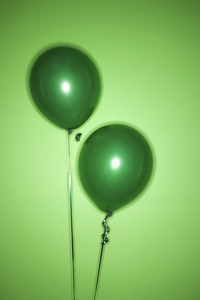 In my work as a therapist, I see clients who come in with all sorts of complex issues. Most are out of coping skills, exhausted from trying, at the end of themselves. You might even call them broken. God, on the other hand, is jumping up and down (figuratively of course!).  He’s saying, “This is awesome! This is exactly what I wanted to happen! Hallelujah!” Yep. At least that’s what I think He would say. You see, God loves weak people. He was the one who said, “My grace is sufficient for you, for my power is made perfect in weakness.” Do you remember this verse? Last month’s post ended with it. God loves broken people because then He can work unimpeded, with explosive power in their lives. We’re often teachable when we’re broken. God wants to break self-sufficient living and have us be completely dependent on Him.

Look at the prodigal son. He demanded his inheritance from his dad and went off to spend it in self-sufficient living. He came to the complete and absolute end of himself and returned, groveling to his dad. At this point, he was willing to be a servant. But guess what?! Did his dad order him to clean the stables? Tell him to cook dinner? Build a fence? Plough the fields? Nope. He hugged him, put a robe on him and threw him a party. He was elated that his self-sufficient son had returned home broken..

So, start praising God in your trial, just like James says. God says that He is going to work out everything for our good, and He'll do it faster as we turn away from ourselves and surrender to Him in complete dependence. Give it a try and see for yourself!