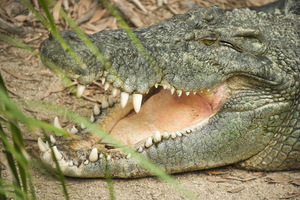 Last week I posted about John Gottman's Four Horsemen of the Apocalapse. And I shared on the deadly number one: criticism. Well, the second horseman is contempt. What is it? Let me illustrate.

"You’re ‘tired?' Cry me a river. I've been with the kids all day, running around like mad to keep this house going and all you do when you come home from work is flop down on that sofa like a child and play those idiotic computer games. I don’t have time to deal with another kid - try to be more pathetic…"

Contempt is …evil. There, I said it. I can’t even think of a word to describe the depth of pain and death that contempt can inflict on a person. If criticism is the butter knife, contempt is the dagger. Contempt produces serial killers and psychopaths. So then, I think it’s fair to say that an attitude of contempt from one or both spouses can signal the death of a relationship. Maybe even actual death. Has anyone ever watched “Snapped” on the Oxygen Channel? Contempt says, “I hate you so much that I cannot stand to be in your presence.” Contempt says, “I hate you so much, I wish you were dead.” Contempt shows outright disrespect, mockery through sarcasm, ridicule, name-calling, and mimicking of body language or tone. The target of contempt is made to feel despised and worthless. It is fueled by long-simmering negativity, even hateful thoughts about the partner - which come to a head in the perpetrator attacking the accused from a position of perceived superiority. According to Gottman, contempt is the single greatest predictor of divorce. Have you ever showed your spouse contempt? I have.