Forgiveness: Let Him Do It Through You 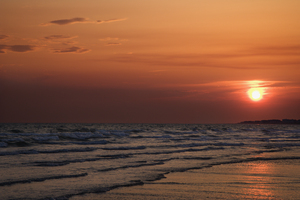 Cheryl was a friend of mine from college. (I’ve changed the details of the story to protect her privacy.) Her life fell apart ten years ago when her sweet thirteen year old son died from leukemia. As tragic as his death was, there was an even deeper tragedy - Anger. Cheryl became angry at the doctors for not doing enough, at her friends for not supporting her enough, at her husband for not loving her enough, and at God for not being powerful enough. This anger turned into bitterness and the bitterness turned into hatred and it festered deep in her heart. As you can imagine, after a while, no one wanted to be around her, who could stand the darkness? Eventually her husband left too, he was bearing terrible grief for his son’s death, but the black sea of hatred from his wife was more deadly.

Our pastor said recently that forgiveness is like drinking poison and waiting for our enemy to die. It’s crazy. We die, not them. It’s our relationship with God that gets affected and our souls that lay in bondage. And for what? To be right? To avenge your attacker? God is your avenger. He’s the ultimate judge. He’ll right the wrongs. Can you forgive your wife and others who have hurt you today? Can you allow God to do it through you, so that you can be set free from whatever holds you down, so you can be free to let His love flow through your heart into your mate and life?

Once upon a time there was a man who was killed so his friends could be set free. It was a brutal death, too gory to recount here. On the afternoon he was killed, his closest friends deserted him and others who he’d thought were friends mocked and cursed at him. It was a dark day. But the most shocking part of this story, and the part that can’t be emphasized enough is that as he was being brutally executed, he looked up and prayed to God to forgive his murderers. This is craziness. Who does this? He did. It changed the world. And He can change your world with His forgiveness too. Ask Him to help you forgive your spouse…and others. He’ll do it though you, if you let Him.